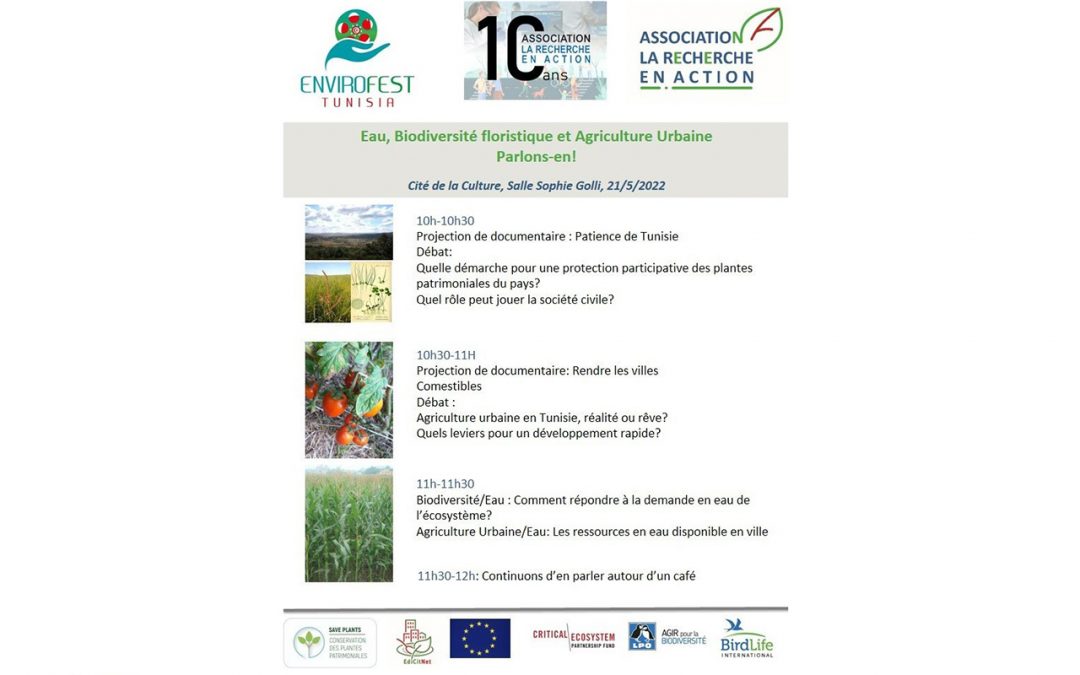 During this year’s Envirofest Festival, May 20-22 2022, an environmental village was se up in the hall of the City of Culture in the Tunisian capital, Tunis. EdiCitnet contributed to the environmental village through project partner REACT’s half-day programming for the event entitled “Water, Biodiversity and Urban Agriculture – Let’s Talk”. The REACT team presented a short film to explain the objectives and strategy of EdiCitNet in Tunisia. At a time when food supply and environmental sustainability are emerging as major challenges of the coming years, EdiCitNet is working to make cities edible, resilient and more autonomous. The example of Carthage, a pilot edible city in Tunisia, and the role played by the municipality with the Carthage City Team, which is working to draw up an Edible Masterplan for the city, were highlighted and applauded.

The programme was an opportunity to exchange with guests and visitors on two questions:

The participants were sure that it will be possible to make urban agriculture in Tunisia a reality. The issue is how to go from small scale practices – window boxes or vegetables grown in a private garden – to urban agriculture on a city-wide scale. This led to the second question which was about main levers. It was decided that one clear lever was the mobilization of civil society and the necessity of collaboration with the local structures already in place.

Want to join the Edible Cities Network and become part of the movement? Click here to sign up.