After our kick-off meeting in June at the Living Lab Hellersdorf, we held the first co-creation workshop directly at this location last week. While at the kick-off meeting we first clarified a lot of organisational matters and were given a guided tour through the manor garden, at the first workshop we got straight into the topic by discussing in group work on the topics of neighbourhood, education and ecology. First the problems at the site were identified, then goals were set and initial measures were already being considered. In the end, the other group members were also allowed to rate the individual points in order to identify priorities.At the end the date for the next workshop was set, where five different Edible City Solutions were to be determined, which are to be realized in the manor garden in the next 3.5 years. 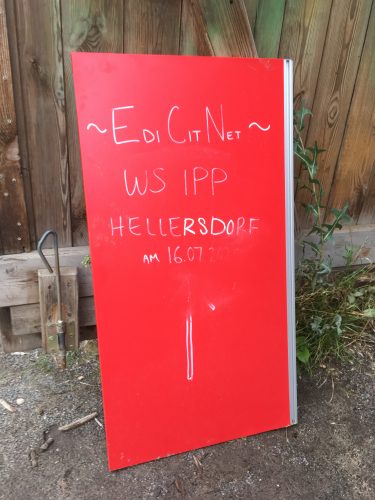