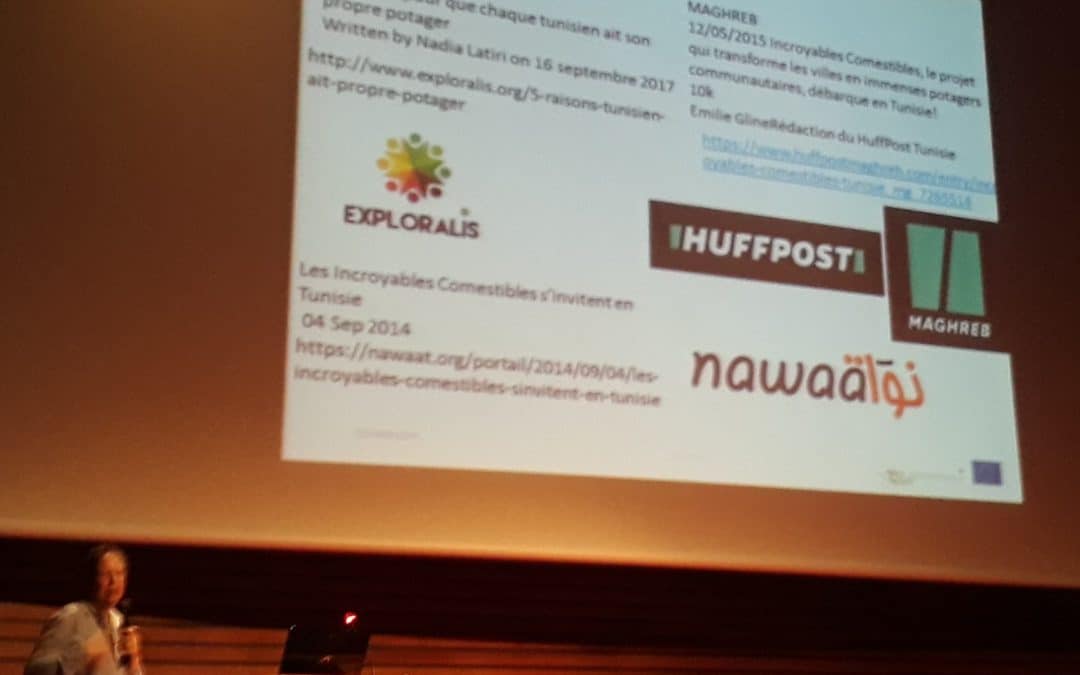 The Science Feast is organized by the Ministry of Higher Education and Scientific Research – Directorate General of Scientific Research in partnership with the Tunis Science City (CST) on October 30 and 31, 2019. The feast of science aims to raise awareness among the general public about scientific culture, the valorization of research of the scientific community, the stimulation in young people of their curiosity for science and their interest in scientific careers, the discovery of jobs resulting from research, knowledge sharing and exchanges between researchers and citizens in a festive atmosphere.
The EdiCitNet project was presented during the Tunisian Science Feast at a plenary Conference. Prof Latifa Bousselmi explained the framework of the EdiCitNet project, the partnership and the overall objective of this project. She also presented the planned actions and the expected impacts of the project. Different concepts of some Tunisian “edible city” case studies were also discussed with the audience.