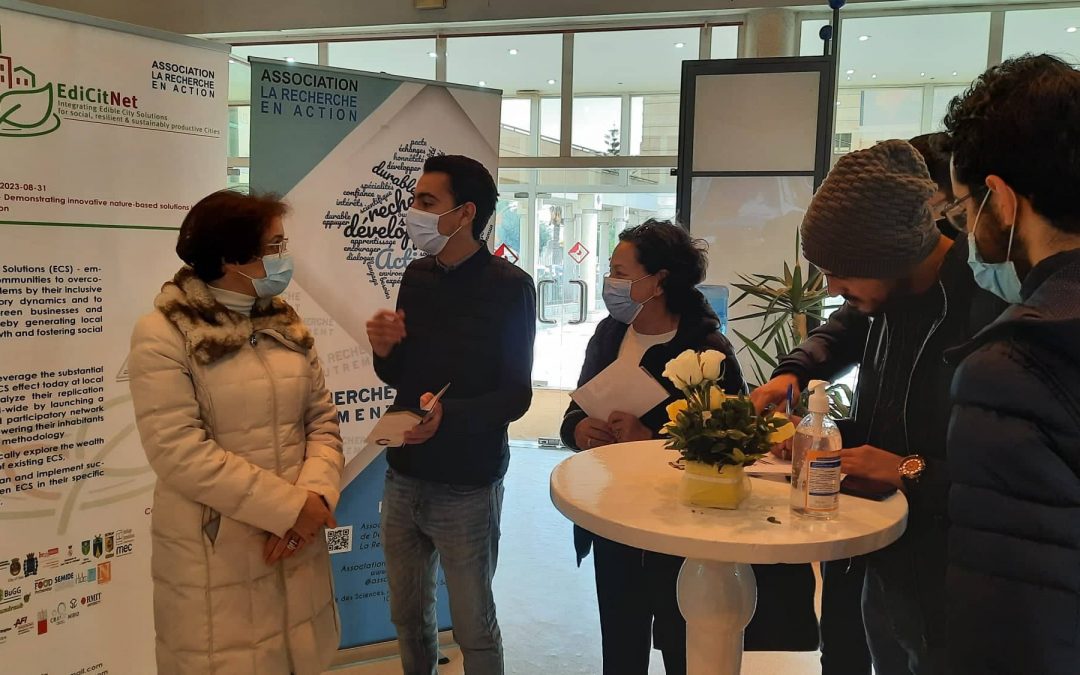 On December 11th, 2021, the EdiCitNet project was represented by the REACT team at the National Forum of Climate Change Adaptation Actors “FNAACC” – Tunisia which took place at the City of Sciences of Tunis with more than 500 participants and environmental activists attending.

REACT was there to highlight the impact of nature-based urban food innovation on biodiversity, waste/water recycling the creation of micro-climates and sustainable ecosystems, while supporting a self-sustainable and healthy food system. Exchanges between participants and REACT members offered opportunities for discussion – with a representative of the Urban Planning Agency of Greater Tunis, about integrating edible and climate components into city planning, and with an expert on marine science, about what kind of innovations can be developed for urban fisheries.

A team of young students working on an idea for a household composter that produces bio-energy, and who were looking for collaborators, were very inspired by the team’s accounts of the work done in EdiCitNet. The event was an important and successful one for extenting the Ediible Cities Network, and REACT members are already working on ideas for how to strengthen these new connections for the benefit of all and for even more effective climate change adaptation in the city. 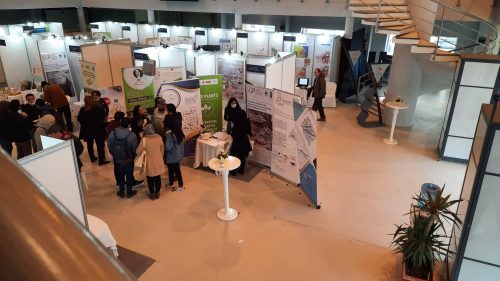