Zukunftsforum & Ethical Volunteering: A Weekend of Outreach Activities for the EdiCitNet Team 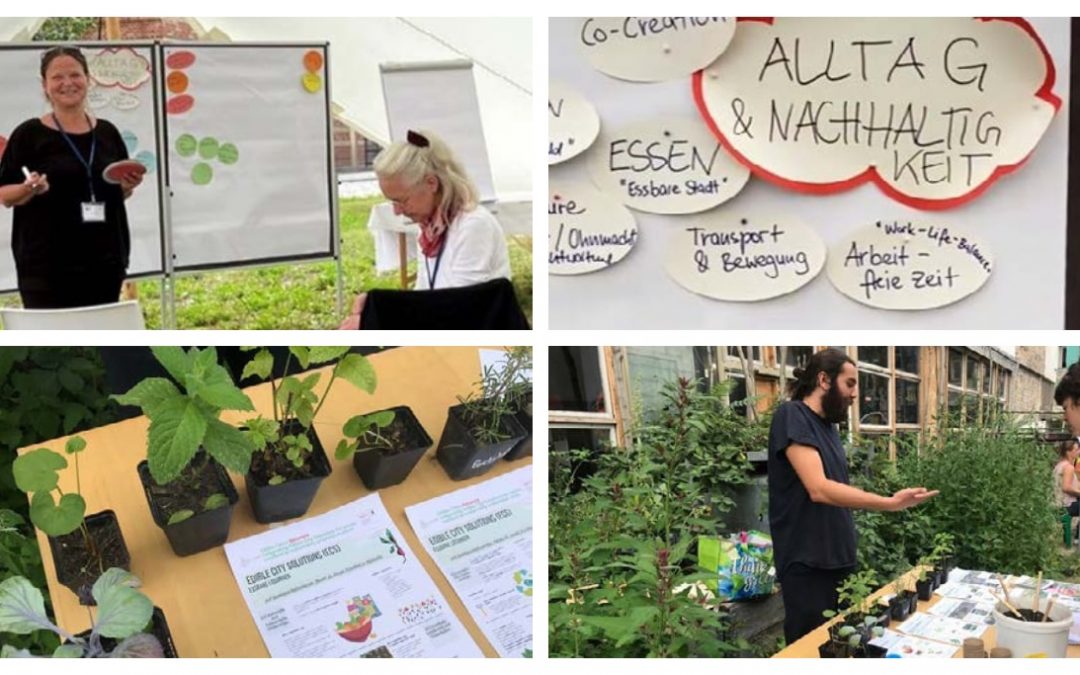 On August 21st, Principal Investigator of the EdiCitNet project, Dr. Ina Säumel, lead an interactive workshop on everyday life and sustainability – with a focus on Edible City Solutions – as part of a series of four workshops held at the first ever “Zukunftsforum” event organized by the Humboldt University and the Joachim Herz Foundation.

In a day filled with workshops and barcamps, more than a hundred participants worked together to envision the resilient, livable and healthy cities and societies of the future. At the end of the event, all of the ideas were collected and discussed in a final presentation, and all of the participants were invited to visit the Humboldt Labor’s “After Nature” exhibition at the newly opened Humboldt Forum.

On the same day, other members of the EdiCitNet team spent the afternoon meeting the public at a networking event for people to volunteer with sustainable initiatives in Berlin. Organized by a recently founded association, Climate Action Berlin, the event, which took place at the backyard of Haus der Statistik in Berlin’s Alexanderplatz, featured numerous associations working towards sustainability and climate justice, including the initiative 100% Tempelhofer Feld and Berlin’s first cooperative supermarket, SuperCoop.

As well as  introducing the project to a large number of people and expanding the reach of the EdiCitNet project, the team also had the chance to promote volunteering opportunities at the two Living Lab sites organised by the Prinzessinengarten Kollektiv, an urban gardening collective and key partner in the EdiCitNet project.