On the 8th October, the city of Sant Feliu del LLobregat hosted the first day of the Encuentro Estatal de Huertos Urbanos (Spanish National Meeting of Urban Gardens) which took place from 8 to 10 October in Barcelona and the surrounding metropolitan area. The National Meeting of Urban Gardens is a space for exchanging experiences, sharing knowledge and creating synergies between the different gardens and urban agriculture initiatives located throughout Spain. On Friday the 8th, Sant Feliu del LLobregat – a Follower City within the EdiCitNet Project – welcomed the participants with visits to the “El Pla” orchard and the “Les Tovalloles” civic centre.

Nabolagshager and the Agency for Urban Environment (@Bymiljøetaten), hosted on the 30th of September the first workshop of a series of three workshops to help urban agriculture initiatives in Oslo to develop their sustainable financial models. During the first workshop “Identifying and communicating your value”, we looked at how we can align our own personal values and goals with those of our project, and how to communicate the value of our work to the external world. 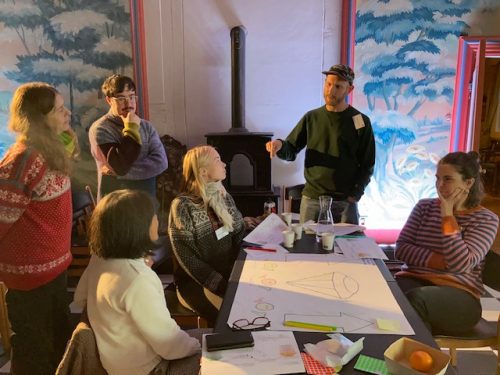 We want to thank all the participants for attending the workshop at @Linderud gård and we hope they found the session helpful and informative. Special thanks goes to Alice Bischof from @Wageningen University, who came to Oslo to help participants to identify and communicate the value of their organizations using the “Business Model Diamond” tool. 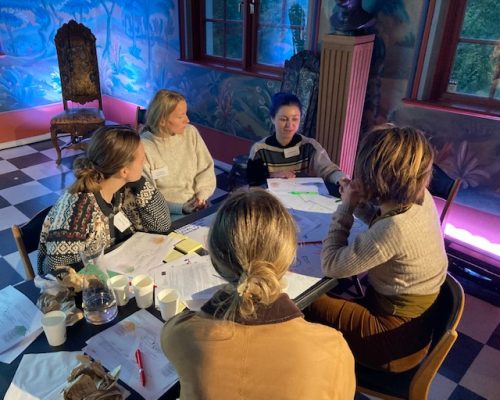 We look forward very much to meeting you all the participants again at the next workshop on the 21st of October!!

You can find more information about the workshops “Finding Sustainable Economic Models in Urban Agriculture” in this link: https://www.edicitnet.com/workshops-oslo-finding-sustainable-economic-models-in-urban-agriculture/ 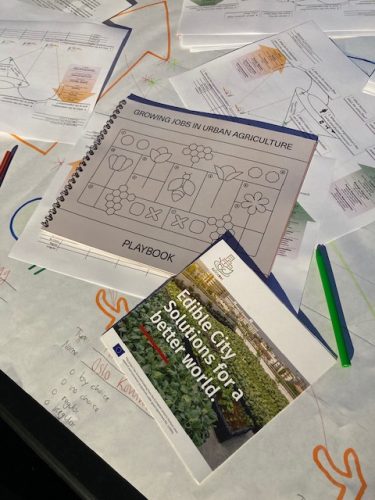 The studio Nagelneu, a former nail salon at Hermannstraße 103 in Berlin, will become a public living room for the neighborhood for the next two years. Initiated by the Prinzessinnengarten Kollektiv Berlin as part of the Edible Cities Network and designed by the Berlin architect collective Team Dis+Ko, the space will be used temporarily and will offer space for neighborhood initiatives, workshops, meetings and events – for you!

The studio nagelneu to co-design is open to all to play or use it? Feel free to contact us at nagelneu [at] prinzessinnengarten [dot] net!

The future of food: how to link health and sustainability? Conference in Barcelona, October 2021

The conference, co-organized by the University of Barcelona, the Barcelona Public Health Agency and the Barcelona City Council, is integrated in the multiple and various activities that are taking place in Barcelona and its metropolitan area the whole 2021, in which Barcelona is the World Capital of Sustainable Food.

The conference will discuss about the future of food: how to combine health and sustainability? and will gather the experience of the academy, the civil society and the public institutions in a reflective debate, The seminar will combine lectures, roundtables and discussions around: diet and health, the impact of the climate change on food systems, agro-ecology, equitable biodiversity, food security and the socioeconomic impact. The conference will also approach the issues of food equity, the food right, food vulnerabilities, the environmental impact of food and diets, low-cost food and the added value of local products for the sustainability and for the strengthening of the local economies. 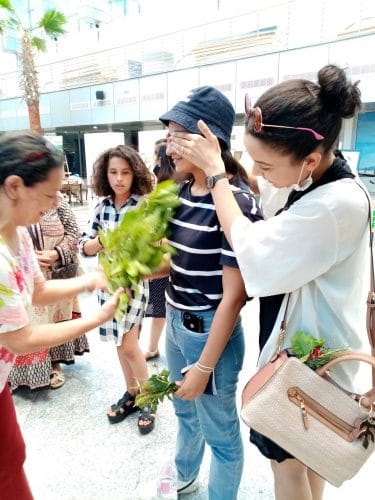 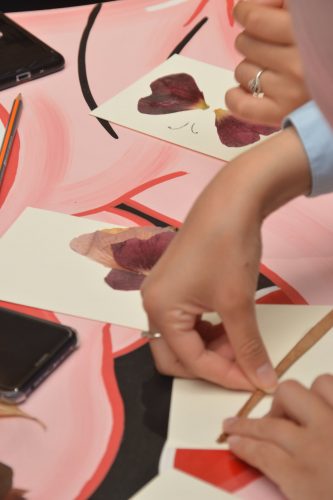